Some beautiful images from a recent EVIPS tour of the Cliffs of Moher in County Clare, Ireland.

The beautiful Cliffs Of Moher 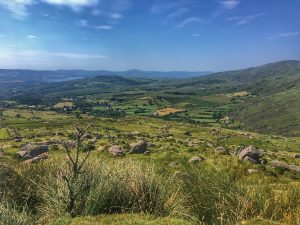 A photograph just in from one of our drivers of the beautiful vista from Priests Leap in North County Kerry in Ireland.

Priests Leap is an infamous route passing through some of the wildest and most scenic country side in Ireland. The views from the top are both timeless and breath taking in equal measure, to the south you have Bantry Bay and the Sheen Valley and to the west and north you have the Caha Mountains and in the distance, the MacGillycuddy’s Reeks Mountain Range which includes Ireland’s highest mountain, Carrauntoohil at 1,039m.

The story tells that before the dawn of day, a priest named Fr. James Archer, disguised as a lowly farmer, made his way on foot, to a sick person in the locality. The priest was carrying the ‘Secret Host’ which he kept hidden beneath his cloak and close to his heart. Fr. Archer was almost at his destination, when a peasant ran to his side and alerted him of approaching soldiers, by speaking the words that have been immortalised in the poem The Priests Leap written by the West Cork poet T.D. O’Sullivan.

‘Fly father fly the spies are out they watched you on your way
They’ve brought the soldiers on your track to seize you or to slay
Quick Father dear here stands my horse no whip or spur he’ll need
Mount you at once upon his back and put him to his speed
And then what course you’d better take ‘tis God alone that knows
Before you spreads a stormy sea, behind you come your foes’

The priest mounted the steed and rode in the direction of the mountain’s peak at Coomeenshrule but by this time, the soldiers had him surrounded on all sides. He managed to elude capture however, when his horse made a miraculous leap from the summit, over the bay and landed three miles away, just outside Bantry town.

The story concludes by explaining that the rock which the priest and horse struck as they landed, immediately turned to clay. The imprints of the horse’s head and knees, and also, the fingers of the priest, can be seen there to this day. In the summer of 1972, the community of Bantry erected a memorial plaque just outside the town where the mounted horse is said to have landed. This perpetuates the memory of the priest and his leap. 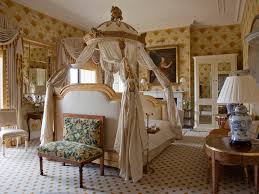 Congratulations to our friends in Ballyfin Demense! Voted the top hotel in Europe

The beautiful Cliffs Of Moher